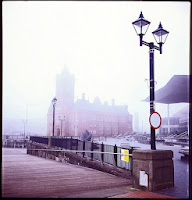 
Paul Bernal is fascinated with the concept of privacy and what is means to us in this socially connected world. His background is unusual for a legal academic. His first degree was in Mathematics and he has been a Chartered Accountant, done pioneering work in the early days of the internet, and had been the finance director of a mental health and criminal justice charity.

TheLawMap: Is privacy a modern concern? Did we think about privacy differently as a society before the age of the internet?

It’s interesting – privacy gets attacked from both directions. Some say privacy is a modern concern, that we didn’t care about it in the past – they often put forward some kind of image of an idealised ‘village’ or ‘small town’ life where everyone knew everything about everyone else and all was harmonious and wonderful. Others say that privacy is out-dated – Mark Zuckerberg’s famous comment that ‘privacy is no longer a social norm’ is perhaps the best example of this.

I don’t think either are right – I think the desire and need for privacy is something inherent in our humanity. It manifests itself differently depending on the circumstances, but we all want it, and we always have. Look at the Catholic Church’s system of confessions – behind it lies the idea that we have things that we want to share only with God, not with people in the ‘material world’. Almost all religions have something similar. It’s not about hiding things – but about what matters to us. Zuckerberg and others’ ideas that young people don’t care about privacy are equally misguided and misconceived – as anyone with a child should realise. My daughter already valued and demanded her privacy when she was three – she wanted to do things privately, have secrets shared with her friends and so forth. Teens who share stuff on Facebook can be devastated to know that their parents or teachers have access to them. What we like about privacy depends on what our situations – and on who has power over us.

TheLawMap: In a recent blog post you referred to ‘the death of privacy’. Does privacy pose the same level of threat within a democracy as it may do to an authoritarian state?

Actually I think precisely the opposite. Privacy doesn’t really threaten a democracy – in helps it and supports it. It’s a contentious view, I realise, and something I’m working on putting into written form. Ultimately, privacy increases trust and supports the key civil liberties that are the lifeblood of a democracy. Without privacy, we can’t have freedom of speech – people are far less likely to speak out, or seek out information that the ‘authorities’ might view as suspicious if they feel they’re under surveillance. A true democracy should be willing to trust its population – not view everyone as suspicious, as a potential terrorist or subversive. It’s hard for authorities to make the philosophical leap required – but in the end I suspect they may have to, or lose the trust of the people.

TheLawMap: Each day we create new social media entries and participate in shared content. You wrote an academic paper about 'A right to delete' published in the European Journal of Law and Technology. Is the notion of a privacy friendly internet just a dream?

In some ways the right to delete hangs in the balance right now. From a legal perspective, the reform to the Data Protection regime which includes the formal ‘right to be forgotten and to erasure’ is the subject of intense negotiation. There is a vote on Monday 21st October – but even after that there is a long way to go. In California what’s been labelled a ‘poor man’s right to be forgotten’ has been voted through – but it’s not nearly as potent as the real thing.

On the other hand, people are starting to demand the right to delete, and service providers are beginning to respond. It’s possible (though hard) to delete your Facebook account these days, for example. As people demand it, companies will respond. In many ways this is likely to be a much more practical way than demanding laws. Ultimately, when people want it enough, companies will respond.

TheLawMap: I read your thoughts on the Draft communication bill with interest. What concerned you the most about this draft bill?

The Communications Data Bill was withdrawn, after a great deal of pressure and hard work from advocates – my submission was one of thousands – so from a legal perspective it doesn’t exist. The real problem, though, is that all the information we’ve now got from Edward Snowden has made it pretty clear that the surveillance envisaged in the Bill was already taking place – the Bill seems to have been some kind of attempt to get retrospective authority for something GCHQ and others were doing regardless of the law! All those concerns, therefore, are still concerns – all those risks are still real risks, and need to be taken seriously. I think the politicians are starting to wake up to the fact that the wool was pulled over their eyes by the intelligence services, and they’re not happy about it. They shouldn’t be!

TheLawMap: In your opinion, Is there any difference in how privacy is viewed by citizens across the world?

As I said in my answer to the first question, I think privacy is something that we all care about – and always have. There are cultural differences – different things matter to different people in different ways – but we all care about our privacy. There are those who would like to claim, for example, that in parts of Asia they don’t care about privacy, and to suggest that privacy is some kind of ‘western’ concept being imposed upon them. From my experience I would say they’re quite wrong. When I teach Asian students – and in my main privacy class at the UEA last year we had Chinese, Thai and Indian students amongst others – it is very clear that they do care about privacy, and care about it very much. Generally when people say things like ‘privacy isn’t a value for us’ I find there is some kind of self-interest involved: it suits authoritarian regimes, for example, to say that it’s OK for us to use surveillance because our citizens don’t care about privacy. It’s a similar story to that with Mark Zuckerberg – Facebook would very much like privacy no longer to be a social norm. it serves them to suggest that, just as it serves a dictator to suggest that the citizens of their country don’t mind being under constant surveillance. That doesn’t make it true.

TheLawMap: I was intrigued by your Symbolic Web Theory. What would be the human rights implication of this theory if it could be implemented across the world?

You’ll have to wait for my book ‘Internet Privacy Rights’ to come out next year for a proper answer to that question – but ultimately I believe that understanding the implications of the theory is one of the keys to building a more privacy-friendly internet. The theory suggests that we’re in a symbiotic relationship with the big providers on the internet: we depend on their ‘free’ services, they rely on being able to gather and use our data. If we understand that relationship – and understand our power within that relationship, we can start to take a bit more control over how the internet works, and help to demand a more ‘privacy-friendly’ net. A more privacy-friendly net can aid human rights all over the world. That, however, is very much a simplification. The book will come out in early 2014 – you can learn more then.

TheLawMap: What attracts a student to study the areas of law that you take a special interest in?

Three main things, I would say. Firstly, it is an area that they can relate to – all students use the internet, the vast majority use Facebook, Twitter and so on, and most have concerns about their privacy. Secondly, they can see that this is an area of increasing interest and concern – and might well be an area where work opportunities expand. Thirdly, they think it could be fun! This is far from a dry area of law.

TheLawMap: If you could change something within the legal profession, what would it be?

It may not seem to have a direct relationship to my own work, but the thing that bothers me the most at the moment is the way that access to justice is being attacked, and the way that poorer people, more vulnerable people, are almost certain to be squeezed out. What Grayling is doing to Legal Aid is nothing short of disastrous – so we need to do everything we can not just to oppose it but to reverse it.

TheLawMap: I understand that you are a passionate supporter of Wolverhampton Wanderers and love football. English Premiership clubs spent over 620 million pounds in the recent player transfer window with many lawyers and agents taking a significant role in the negotiations between the clubs and the players. Is money ruining the beautiful game?

I’m afraid money isn’t ruining the game – it has already ruined the game. Football isn’t the game it was. I still love it, and even when my team are doing very badly (we’ve just suffered two successive relegations) I don’t in any way lose interest. Now, however, it’s much more a commercially packaged experience, much less about real passion. There are good things about the new game – more ‘family-friendly’ games, far less racism (though it hasn’t gone away completely) and much more comfortable and attractive stadiums even in the lower divisions – but the depth of feeling seems to have gone. I suppose it’s inevitable, but that doesn’t make it particularly good. Mind you, I still get a lovely feeling of tension and excitement with pretty much every game, so it can’t be all bad! 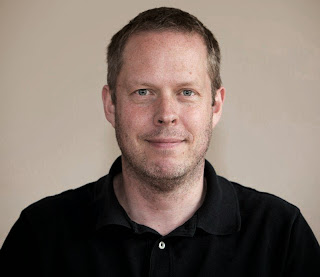 With special thanks to Paul Bernal for his valuable time. He maintains an active social media presence through Twitter and his engaging personal blog sharing thoughts on law, politics and society, but usually with a subtext of privacy.


The title of this interview, 'To be left alone is the most precious thing one can ask of the modern world' is a quote from Homage to Qwert Yuiop, by Anthony Burgess, published in the United States as But Do Blondes Prefer Gentlemen?

Previous interviews at a glance: