Authority & jurisprudence in the land of our fathers 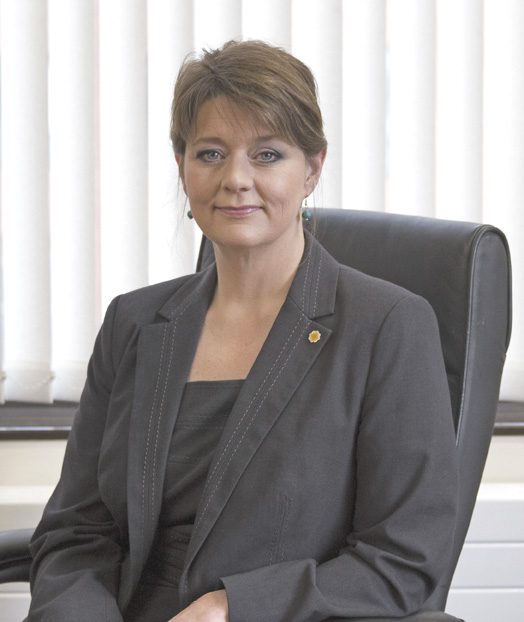 The Laws in Wales Acts 1535 and 1542 were parliamentary measures by which Wales became a part of the Kingdom of England, thereby the legal system of England was extended to Wales. Prior to this and since the final conquest of Wales by the English King Edward I, from 1284 AD the Statute of Rhuddlan had provided a constitutional basis of law, which had replaced the original codified system of Welsh law Cyfraith Hywel (Laws of Hywel Dda) dating back to the reign of King Hywel Dda (AD 880-950).

Leanne Wood is a passionate believer in a devolved justice system for Wales. Before becoming the first female leader of Plaid Cymru, she had worked as a probation officer including serving as the co-Chair of the National Association of Probation Officers between 1998-2000. She had also lectured on Social Policy at Cardiff University until her election to the National Assembly for Wales in 2003.

TheLawMap: What would be the principal benefits of a devolved criminal justice system for the people of Wales?

I have long been an advocate of devolving the criminal justice system to Wales. This is not just for devolution’s sake but so that we can craft a criminal justice system that works better for Wales. The advantages of such a system are fully outlined in our policy paper Making Our Communities Safer which is available through the Plaid Cymru website.

The thrust of the paper is to show that the criminal justice system is not working as well as it can for Wales. Re-offending rates are too high, we have an overcrowded prison population and levels of suicide and substance misuse are also too high. With more emphasis on treating the causes of crime rather than the symptoms, we could develop a system here that is much better for society.

TheLawMap: What makes you believe that the legal fraternity in Wales would support efforts to establish a devolved jurisdiction?

Why would they not? The criminal justice system has already been devolved in Scotland and Northern Ireland so there is clear precedent for this. It is in everybody’s interest to have a system that works smarter and delivers better outcomes for offenders and communities. Evidence show a majority of the Welsh public are in favour of the devolution of the criminal justice system as well as further powers in general and it makes sense now that the Assembly has primary law making powers.

TheLawMap: You have an extensive knowledge of the probation service. Latest reports are suggesting that our prisons are in crisis due to staff shortages, violence, bullying, self-harm and suicides soaring, and many young prisoners in particular laying idle behind their locked doors during the working day. Is there an easy fix?

As the policy paper Making Our Communities Safer argues, much of these problems have stemmed from successive Westminster Governments seeking to treat the symptoms, rather than the causes of crime. There are no quick and easy answers to remedying decades of bad policy in the criminal justice system that has delivered an overcrowded prison population and unacceptable re-offending rates.

The privatisation of the probation service is the latest example of ideologically driven policy that pays little or no attention to the views of professionals on the ground or to what works in terms of reducing offending rates.  Many of the solutions are long-term ones such as Plaid Cymru's proposals for a 20 year substance misuse strategy that concentrates on harm reduction. We have also advocated a generational strategy to tackle hate or power-based crime which would be part of a child’s primary school education.

These should be a policy goal to reduce the overall prison population.  Too many mentally ill people are incarcerated.  And the overcrowded prisons tend to be the ones where the bullying, self-harm, violence and suicides are more prevalent. The high prison population plays is key in creating these conditions.
TheLawMap: Recently, there was a UK government consultation on domestic violence which reads as “at present, there is no specific offence of domestic abuse outlining that coercive and controlling behaviour in intimate relationships is criminal. These behaviours are captured in stalking and harassment legislation, but this does not explicitly apply to intimate relationships. Some experts have argued that this means the law is ambiguous and perpetrators of domestic abuse are committing criminal acts but not being brought to justice. Does the current law sufficiently capture the Government’s non-statutory definition of domestic abuse? Additionally, as a former support worker for Cwm Cynon Women's Aid, do you feel that the current law on domestic abuse needs to be strengthened to offer better protection to victims?

Plaid Cymru believes the law needs tightening to ensure coercive and controlling behaviour can be prosecuted. My party colleague Elfyn Llwyd MP has carried out some sterling work to try and tighten up the law and has recently met with the Home Secretary on this very subject.  He intends to table amendments to the Serious Crime Bill, which if implemented and enforced properly, should result in a sharp rise in reporting, prosecutions and convictions of these offences. It will usher in a degree of protection for victims of domestic abuse that are currently vulnerable.

From my experience in the field, I'd say that this strengthening of the law is long overdue. I can recall numerous cases where this law would have made a difference to the lives of women and their children that have been marred by domestic abuse.

With special thanks to Leanne Wood AM for her valuable time. She can be followed on Twitter and recently held a Facebook questions and answer session.

Previous interviews at a glance: